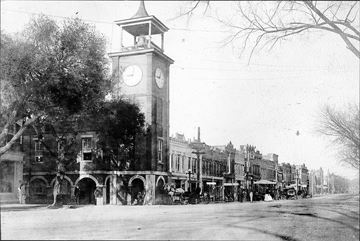 The earliest residents of Georgetown County were Native American tribes, which are responsible for many of the names assigned to natural features throughout the Lowcountry region of South Carolina. The Wee Nee (black-water or dark-water people), Pee Dee (coming and going), Waccamaw, Winyah and Santee were among the tribes that called this area home. (The Waccamaw still have tribal grounds nearby.)

In 1526, Europeans arrived under the Spanish explorer Lucas Vasquez de Ayllon. The mid-1600s saw English and French settlements appearing along the dark rivers, creating trade with the natives. It wasn't long until the natives were dominated - in many instances enslaved - and eventually very nearly disappeared from the region.

The area attracted so much wealth that it in turn became an attraction for pirates, who lurked in hidden bays and around barrier islands, watching for merchant ships weighed down with cargo. It is said that at one point there were more than 2,000 pirates in the area. The infamous Blackbeard, along with Anne Bonney, Mary Read and Calico Jack Rackham, are among those who once lurked along Georgetown County's coastline. 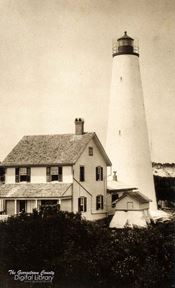 Rice and indigo are the two most important exports in the county's history. Indigo was highly coveted worldwide in the mid-18th century and the blue dye gave the local economy enough of a boost that the county had leverage to cut ties with England. Plantation owners became aristocrats, which led to the formation of the "Winyah Indigo Society."

The global market for indigo became saturated by the end of the century due to mass production in India and the East Indies. As the price fell, Georgetown planters began turning to rice cultivation. Two centuries after the crop was abandoned, indigo crops can still be spotted blooming in the spring along roadsides in Georgetown County.

By the late 1700s, rice was king. More than 40,000 acres were cleared and 780 miles of canals were dug by slaves, and the second largest rice culture in history was born.

In its heyday, rice was essentially another form of currency, sustaining the economy of Georgetown County for well over a century. The county flourished and luxurious living was commonplace. Graceful plantation mansions with expansive lawns, ceremonial tea gardens and strips of oak trees called "allées" were the mark of the Southern upper class - all built on the backs of slaves, as rice harvests and upkeep of the plantation lifestyle required extensive human labor to make it all possible.

Enslaved Africans from various ethnic groups of west and central Africa were brought to the colonies to work on plantations in coastal South Carolina, North Carolina, Georgia and Florida. Their descendants gave birth to the Gullah culture that still exists in those states.

Even after the abolishment of slavery, rice was harvested commercially until 1919. It was at that point that the golden age of the rice empire was over, making way for Reconstruction.

After suffering damage from two separate hurricanes, it was deemed the original courthouse in Georgetown needed to be replaced. The building that now sits at 129 Screven Street is the County's second courthouse, completed in 1824 for a cost of $12,000.

The iconic structure was built by renowned architect Robert Mills, (1781 to 1855) who is also the architect of the Washington Monument, in addition to other magnificent structures across the nation, including the Ainsley Hall House in Columbia, South Carolina.

Though the architectural style Mills used for the historic courthouse was popular among public buildings at the time, this particular structure is considered one of the most sophisticated of Mills' courthouses. The architect himself referred to it as "a great ornament to the town." Mills believed people should look up to the law and that record storerooms should be fireproof. Those principles are reflected in the Georgetown County Courthouse: the courtroom was put upstairs and the ground floor walls are vault-like in thickness.

A plaque on the front of the courthouse honors Georgetown County residents who served in World War I, and was dedicated on Armistice Day in 1926 by the Daughters of the American Revolution. The building was expanded in 1963, and the entire facility was renovated around 2010, when the county moved its judicial operations to a new building on Cleland Street. It was at this time that County Council Chambers was moved into what was once the grand courtroom on the second floor of the original structure. 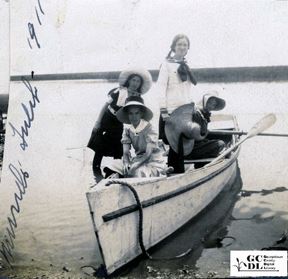